While it is not a vanity piece, a headshot should be treated with extra care as it effectively does one thing. That is to make the actor look interesting enough to make the casting director believe that he or she is fit for a specific role. A great headshot can be a ticket for being casted in an acting role. Both beginning and seasoned actors will do with an amazing headshot that can help them land a job. 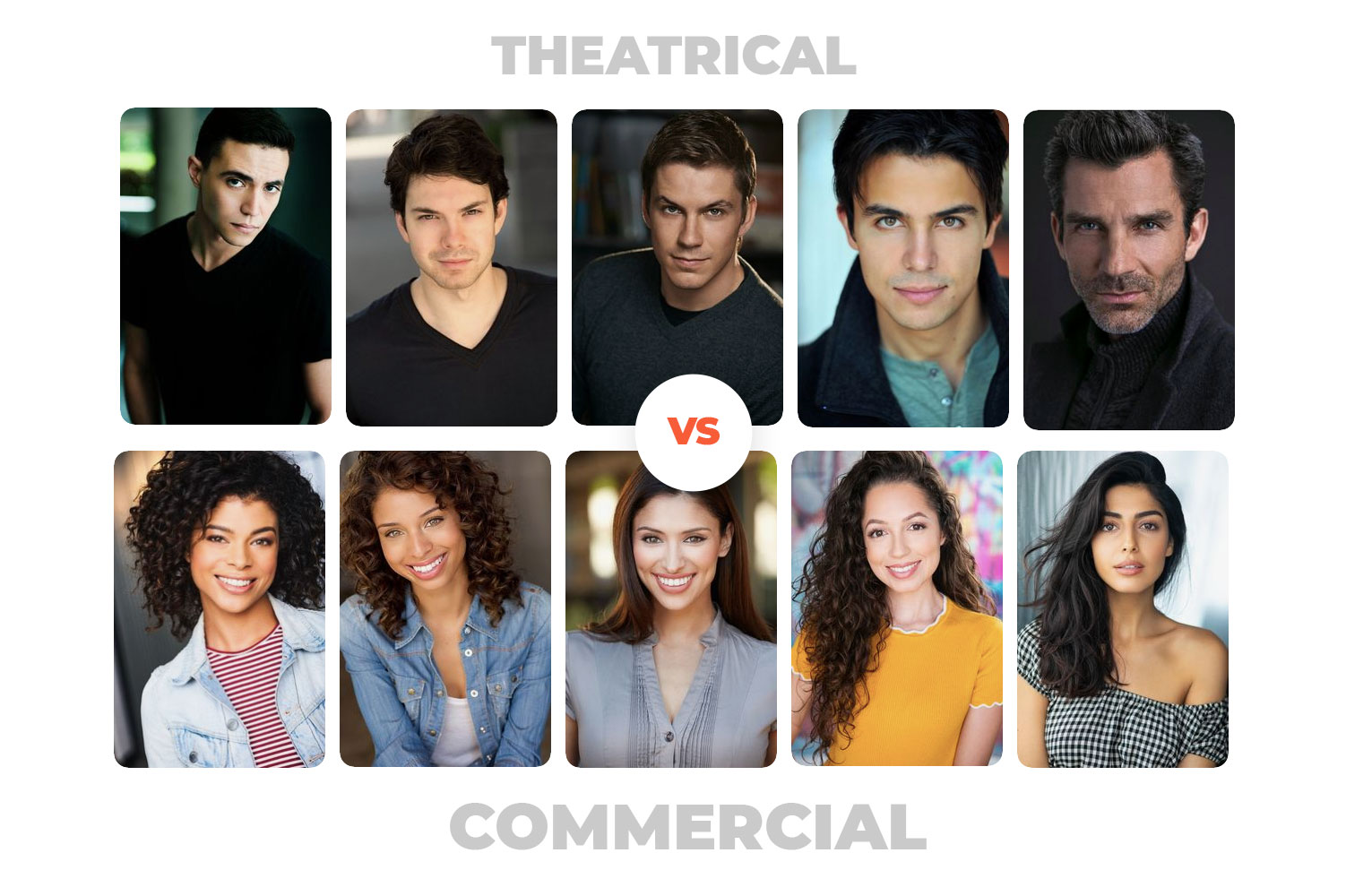 It is therefore important that actors understand the differences between two distinct types of headshots: commercial and theatrical. This is necessary because you do not want to end up looking unfit for the project that you want to audition for. Being able to master how to choose which one to use for the next audition is also one way to show how an actor is serious on his or her craft. It demonstrates preparedness, innovativeness, and versatility—characteristics that successful actors and models live by in the competitive industry that they are in.

Aside from knowing the correct headshots to submit for an audition, it is also essential to take note that a headshot retouching is a must in producing effective headshots.

What is Headshot Retouching

There are two primary divisions in the acting industry and that is theatrical and commercial. To simply put it, there are jobs that require commercial models/actors and there are also those that will require extra theatrics. This is why headshots are also categorized, basically, according to where they are going to be used. There are three major elements that define the differences between commercial and theatrical headshots and they are as follows:

Commercial headshots are often characterized by a smiling face. There should be enough energy and charisma from the actor which is typically suggested by smiling on camera. It should be considered, however, that this will also depend on the project. There are instances where commercial projects require a sense of tough or serious character so a commercial headshot must be done with that in mind so that the actor becomes relatable and engaging. 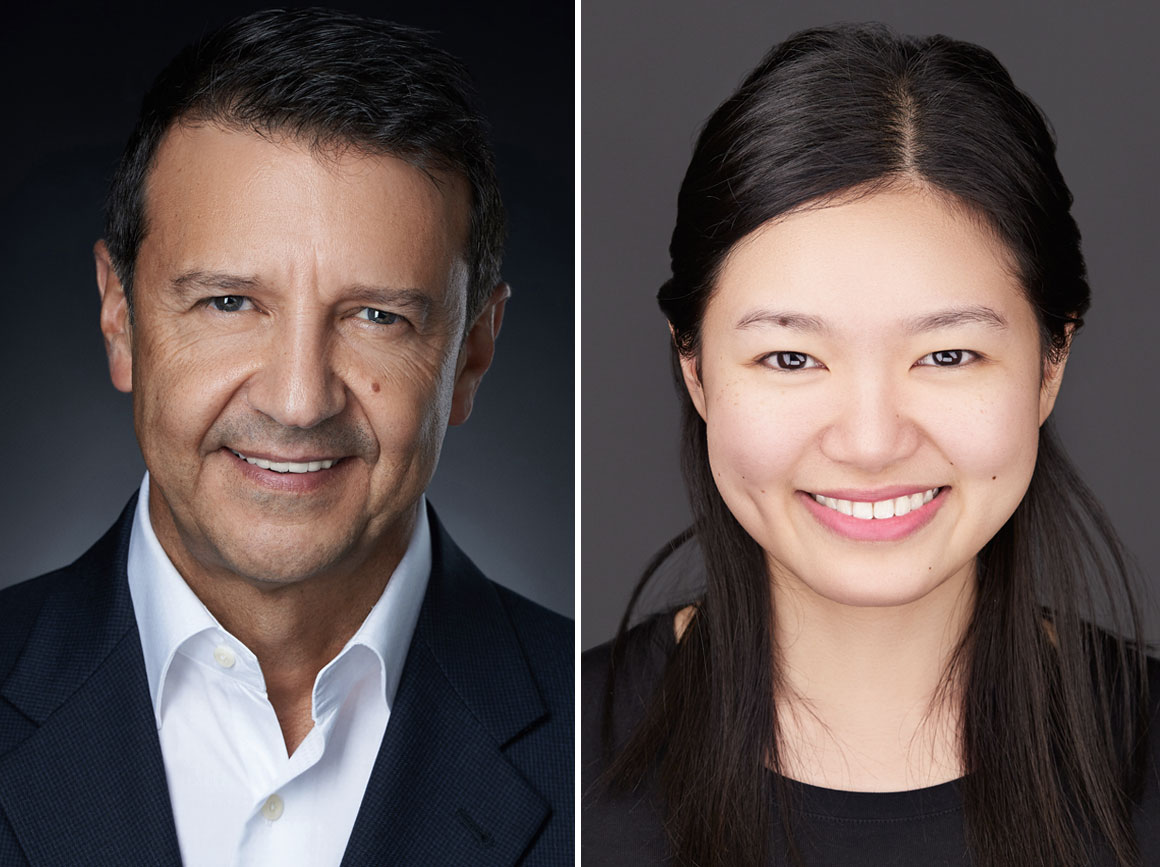 Theatrical headshots, on the other hand, are often asked from actors who are going to audition for plays, films, and TV shows. The actor should be captured in such a way that the photo will evoke layers of personality. An actor’s confidence is usually shown with a knowing smirk or even without a smile. For some actors, researching about the project will help because it will give an idea as to how the personality is projected through headshots. For example, dramatic roles require having vulnerable-looking facial expressions in order to show more emotional depth. 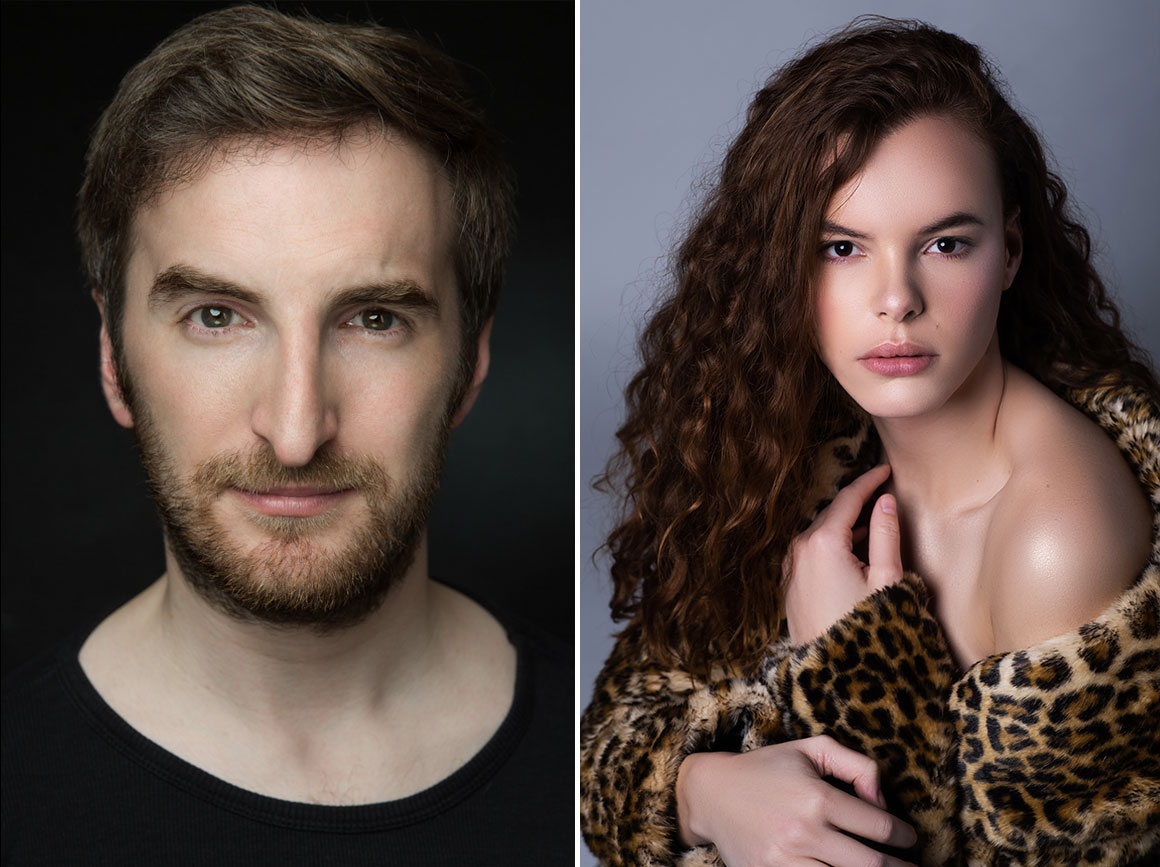 For both types of headshots, the actor is basically selling his or her personality. Commercial projects will need someone who looks trustworthy, engaging, and generally pleasant. Theatrical projects, however, require someone convincing enough to identify according to the personality of the character being played.

Another tell-tale characteristic of headshots is the type of lighting used for the photo. Theatrical headshots are usually accompanied with harsh shadows and other dramatic effects. The addition of lighting effects makes the photo look more emotive. Shadows, for example, heighten the serious look that the actor is going for. Subtle lighting can also intensify the melancholic expressions of the actor that is auditioning for a dramatic role.

As for headshots that are intended for commercial purposes, most casting directors are drawn to a smiley and bright actor. This can be achieved using a flattering lighting that is void of any shadows. As far as commercial work is concerned, a well-lit photograph is what usually sells which is why the lighting effect must complement the positive vibes of the model.

It is simple to identify between commercial and theatrical headshots when it comes to the use of colors on the photos. Typically, blacks, grays, and other dark colors are avoided in a commercial headshot. Either white or bold pops of colors work best because projecting a fun personality is the priority. Dark clothing and background tend to make the photo look cold and lacking energy thereby making casting directors turn away.

With theatrical headshots, earthy tones and moodier colors are enough to keep the focus on the actor without making the photo look muddy or dull. It is important that the contrast ratio is maintained so that the casting director will not be distracted and unable to notice the theatrical facial expressions.

While commercial and theatrical headshots seem to be adequately differentiated according to the major elements mentioned earlier, some photographers believe that there is a middle ground between the two kinds of headshots and they are classified as “comedic headshots.” 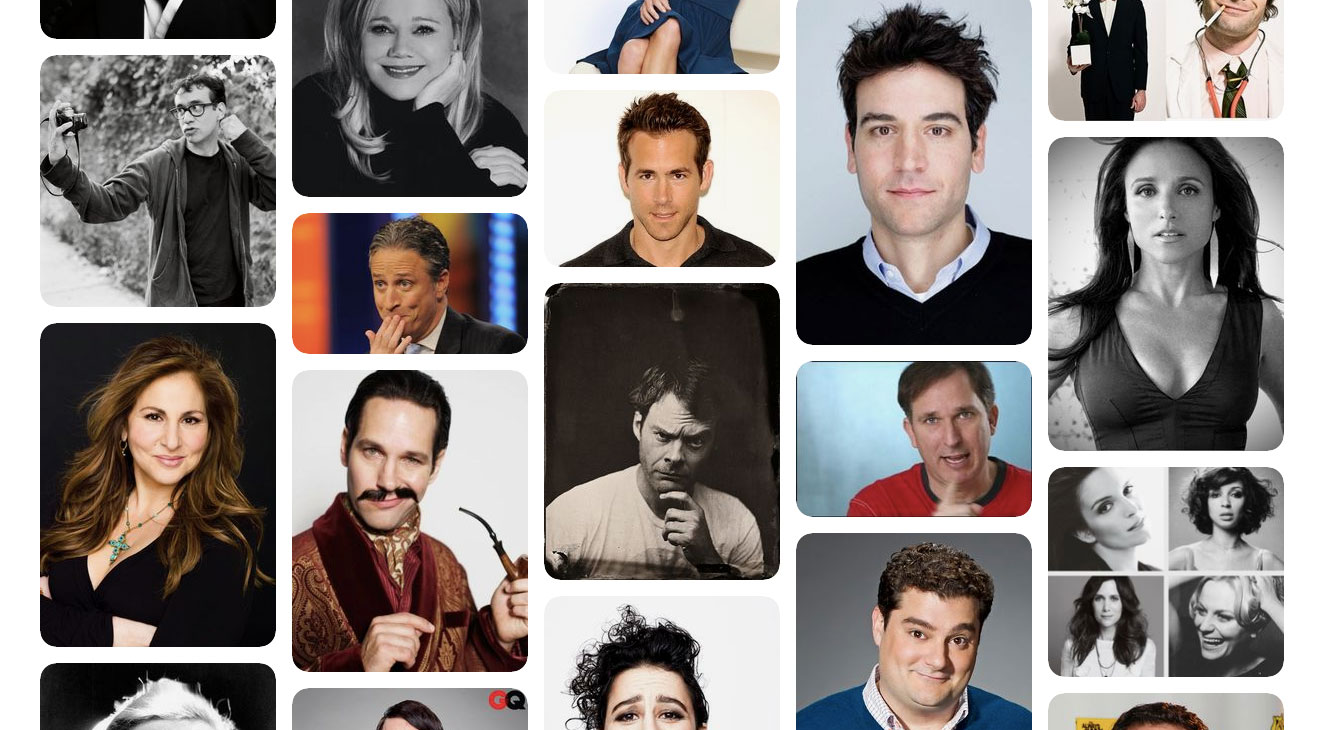 In this type of headshot, the actor is geared towards auditioning for a sitcom, standup comedy, or even romantic comedy. It has characteristics that are almost similar to a commercial headshot because it requires having the actor portray a colorful personality. In some instances, however, there is a need to maintain a serious tone, just like in theatrical headshots, especially if the type of humor is more sarcastic or dry. The actor must be able to show versatility by offering subtle dramatic expressions that will look authentic and effective for comedic roles.

Samples of Commercial and Theatrical Headshots

Here are some examples to give you an idea about how headshots should look for both commercial and theatrical roles. Study each photo and take careful considerations on the use of facial expression, lighting, and colors to effectively portray the characters being asked from the actors.

Different agencies are always on the lookout for new talents to sell products or star in a new play, movie, or TV show. Headshots are basically what actors use to sell their craft. Unlike A-listers, new models and actors need to show their best headshots to make casting directors interested. Since commercials are what drive the sales up, casting directors must ensure having a model who can deliver. This means that if you are aspiring as a commercial model, you have to be careful in projecting an amiable personality.

Even professional photographers cannot guarantee perfect headshots with every click. In fact, it would take several photos just to get the most appropriate photos. But even with the best photos out of the camera, headshots still need some touch ups to ensure that final photos will most probably be approved by casting directors.

Technically, there are retouching specifications that must be met for both types of headshots. For commercial photos, conveying a positive aura must be achieved and this can be done by naturally enhancing facial features without overdoing it. Distracting elements are also removed from the photo whether they are on the foreground or background.

For theatrical headshots, the headshot retouching services need to be versatile. The photo editor must ensure that a specific mood is suggested after adding the enhancements. Theatrical roles are plenty and it will require expertise to show off the different characters using different photo editing techniques.

We offer professional retouching for expert model and actor headshot retouching. The client needs to be very specific with the goal of the needed headshot retouch. The actor may want the enhancements to be subtle, moderate, or heavy. The quality of retouching is determined by the expertise of the editors so it is essential to choose your headshot retoucher carefully.

Learn More About Our Services

How To Whiten Teeth In Photoshop – Quick & Simple [VIDEO Tutorial] 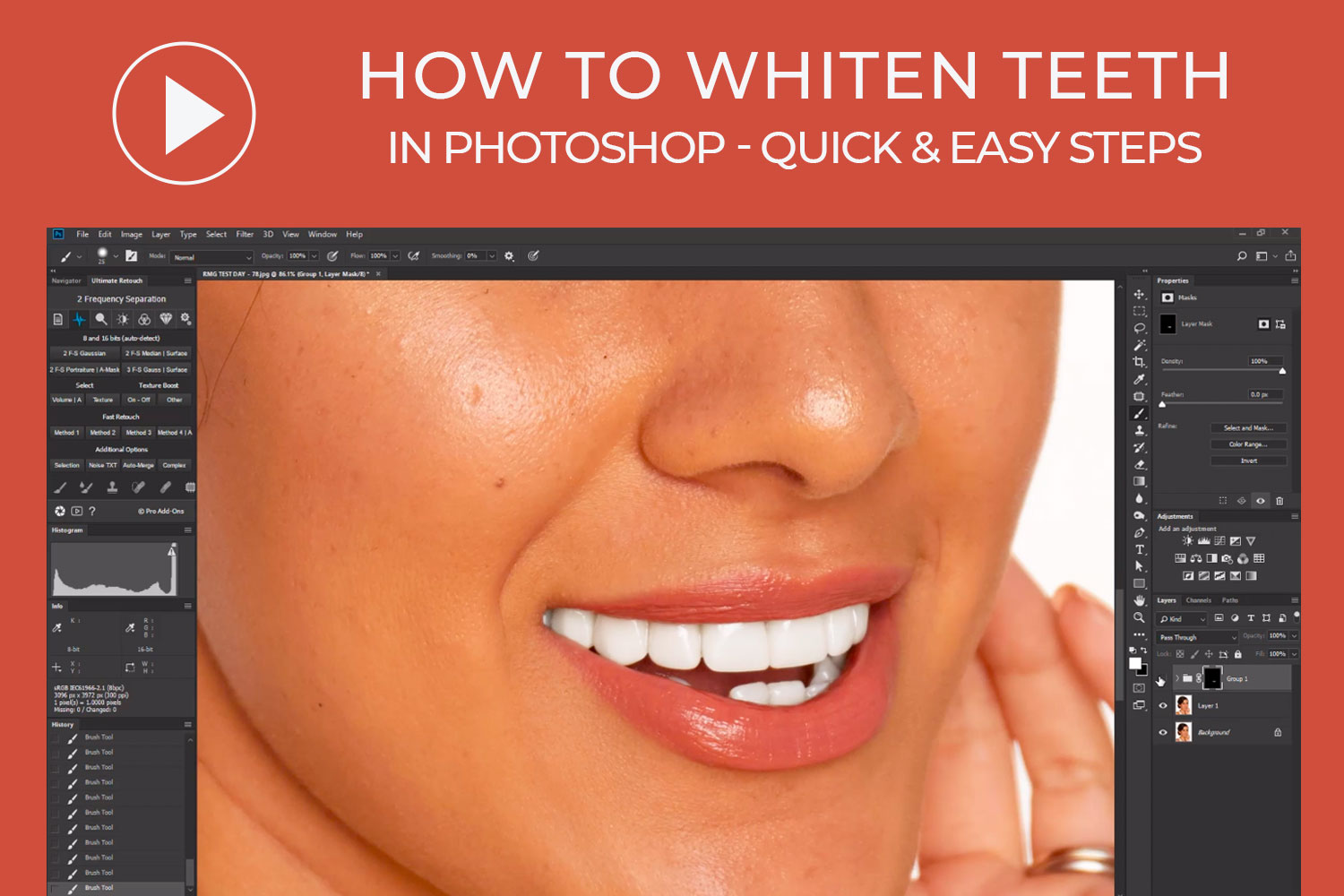 You can capture great portraits for sure, but you don’t want the color of the teeth to take away the goodness of the picture. When do you need to whiten teeth in Photoshop? It’s when you want to have a good commercial photo for advertisement or professional picture for an application or simply an ID
Read more