4 Powerful and Influential Photographs that Moved the World 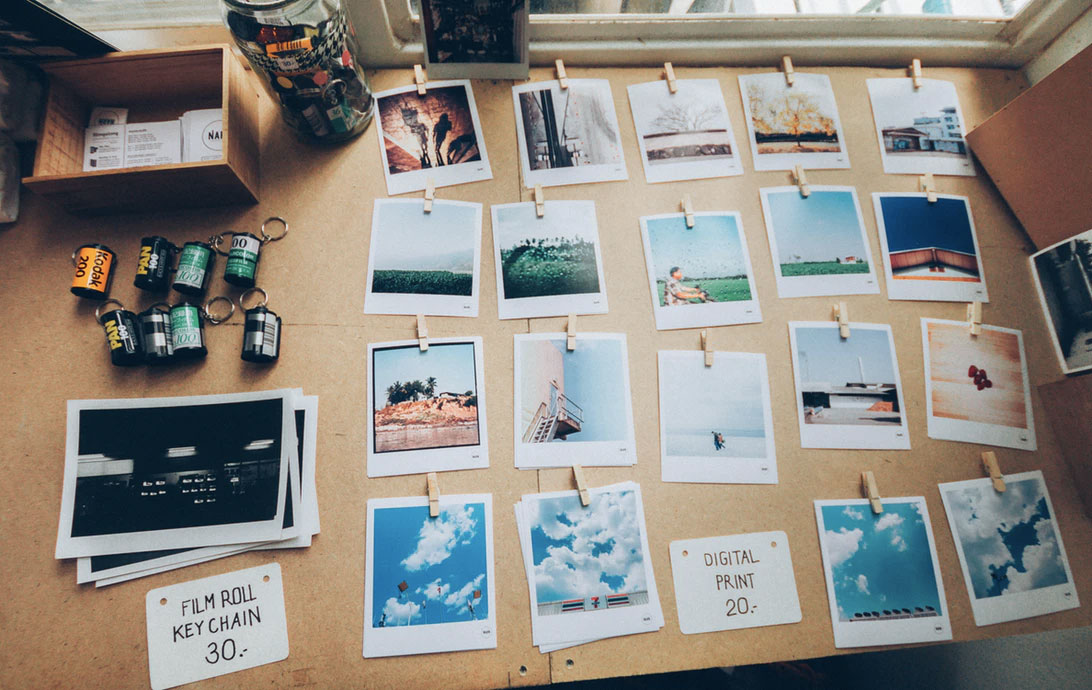 Many of our great and famous photographers were born to be first-hand witnesses of the world’s beauty and chaos.

Many photographers leave their comfort zones to document unlikely events. They go out of their way to document wars, conflicts, violence and other forms of suffering. Their instincts led them to capture significant moments and send valuable messages to people through these photographs. For many years, photographers became the eyes and witnesses of truth behind people’s lawlessness and disarray.

Photographs are stories told through a visual medium. Although some stories are saddening, they don’t forever bring despair. They also bear hope and power to cause people to move and seek changes. This is the power that many great and famous photographers possess… the power to influence and make a difference.

Photography, however, is not only about technicalities; it’s not all about the right camera, equipment nor the right angles. The intent of the photographer and how he feels about the image before him is important too. It is when the emotion is strong, and when the intent is clear that a person gets to capture a meaningful photograph.

The following are some of the photographs that spoke to and greatly influenced many people. These photographs created a huge impact that it contributed to the well-being of many, and the world: 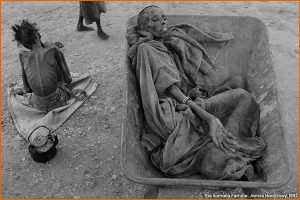 Skin and bones and as if there’s only a few life left in them. For others, it may be impossible and unbelievable, but these things do happen.

Photographs of war, suffering, poverty, etc.; James Nachtwey, one of the famous photographers of his time, focuses on these subjects. Not because he wants people to recognize him but because he wanted to help. He uses photography to educate people and move them to take action and save many lives.

His documentary of the famine in Somalia opened the eyes of many. The Somali people were victims and got caught between the war of various clans. Armies went around killing livestock, burning crops and destroying the water reservoirs and sources. With hunger used as a weapon of mass destruction, there seemed to be no hope for the Somali people.

Then photos of James were published…

The situation was already at its worst when the message was received by people. Many learned more about what’s happening on this other side of the world and this caused governments and many individuals to move. Public support then started to flood. James’s photographs made a huge difference and it resulted in the conservation of a million and a half Somali lives.

“I have been a witness, and these pictures are my testimony. The events I have recorded should not be forgotten and must not be repeated.” – James Nachtwey 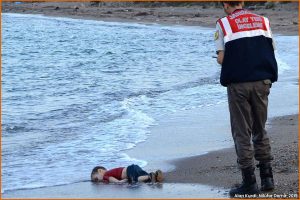 This photograph of Alan Kurdi moved the world and sent it to tears. Not because of his cute smiles and playful actions but because of his limp, dead body washed up on a Turkish beach.

The Syrian war has brought a devastating turn for many Syrians and moved them to seek refuge from nearby countries. Driven by desperation and will to escape from the bloodshed they are witnessing, the Kurdis joined the migration as well. Unfortunately, as they head to the Greek island of Kos, a wave hit the inflatable boat that Alan, his brother, and mother were riding and capsized.

This photograph of Alan by Nilüfer Demir a few hours later the event happened captured not only the body of the lifeless child but the entirety of the situation of Syrians. It was Alan’s silent body screaming on behalf of the Syrians that brought out so many emotions and spoke to many people. Eventually, this photograph moved European governments to open their borders and host the once ignored people of Syria.

“I didn’t think it would bring this much attention when I was taking the photograph… However, with the pain I felt when I saw Aylan, the only thing on my mind was to pass along this to the public. I didn’t think anything else. I just wanted to show their tragedy.” – Nilüfer Demir 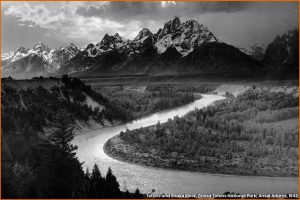 It is already known how many people abuse and deplete resources in any way they can as possible. Because of people’s lack of consideration, nature suffers a lot and even worse in these times.

Ansel Adams, one of the most famous photographers of all time had it in him to fight for the environment. Using his skills, he fought through his photographs.

He took the photo and produced the legendary image of Grand Teton National Park in Wyoming. The photograph spoke about how beautiful nature can be. Because of this, the government continues to preserve it along with other National Parks Ansel fought for through his photographs. Ansel was not only a photographer but also an advocate of the environment… A legend of his own.

Ansel teaches us that fighting for something doesn’t always need a picture of chaos and sadness. Either that or create something so beautiful that no one would dare to destroy it. 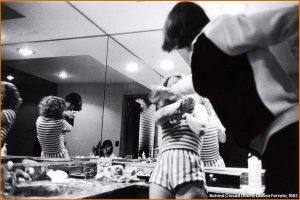 It is difficult to change things that are wrong in the first place once they become a norm and socially acceptable to others.

Domestic violence for one is so common that women seem to just accept it as another part of life. Not until Donna Ferrato captured her photo “Behind Closed Doors.” It’s showing the married couple she just met displaying the situation that is common in her time but usually happens only behind closed doors. In the picture, the man was beating his wife while she leans seemingly trying to protect herself but never fights back.

The situation enraged Donna and did not miss the chance to document the incident. Despite the images, Donna had difficulties yet tried so hard to convey the message to people that this act must stop. Magazines refused to publish the photographs that’s why she published it on her own book entitled “Living with the Enemy.”

This forced the lawmakers to address the issue. The Violence Against Women Act in 1994 gave the women hope. The Act seeks to combat violence and protect women who are victims of abuse.

“Allowing me to take these pictures has helped explode the myths around domestic violence and show that if any woman is being beaten in her home, that’s an affront to all of us.” – Donna Ferrato

Influencing people can be done in various ways; one of them is through photographs. Many years have passed yet many photographs still move and affect us with the stories they tell. Photographs lay bare the truth about the world now and how it has become over the years.

Every day, we seek changes and we thought that we can always gain them by speaking out loud. However, these great and famous photographers have always known that there’s power in what they create and in what they do. They reach out to people not by their words but by letting people see what’s really happening as proof.

Therefore, a photograph gains power from the person who clicks the shutter. It is the extension of his feelings, his being, and his soul.

Visit our blog to read more of these articles and our services.

Want our Services Instead? Request for a Quote!

Subscribe for More Insightful Tips and Offers from Ephotovn. 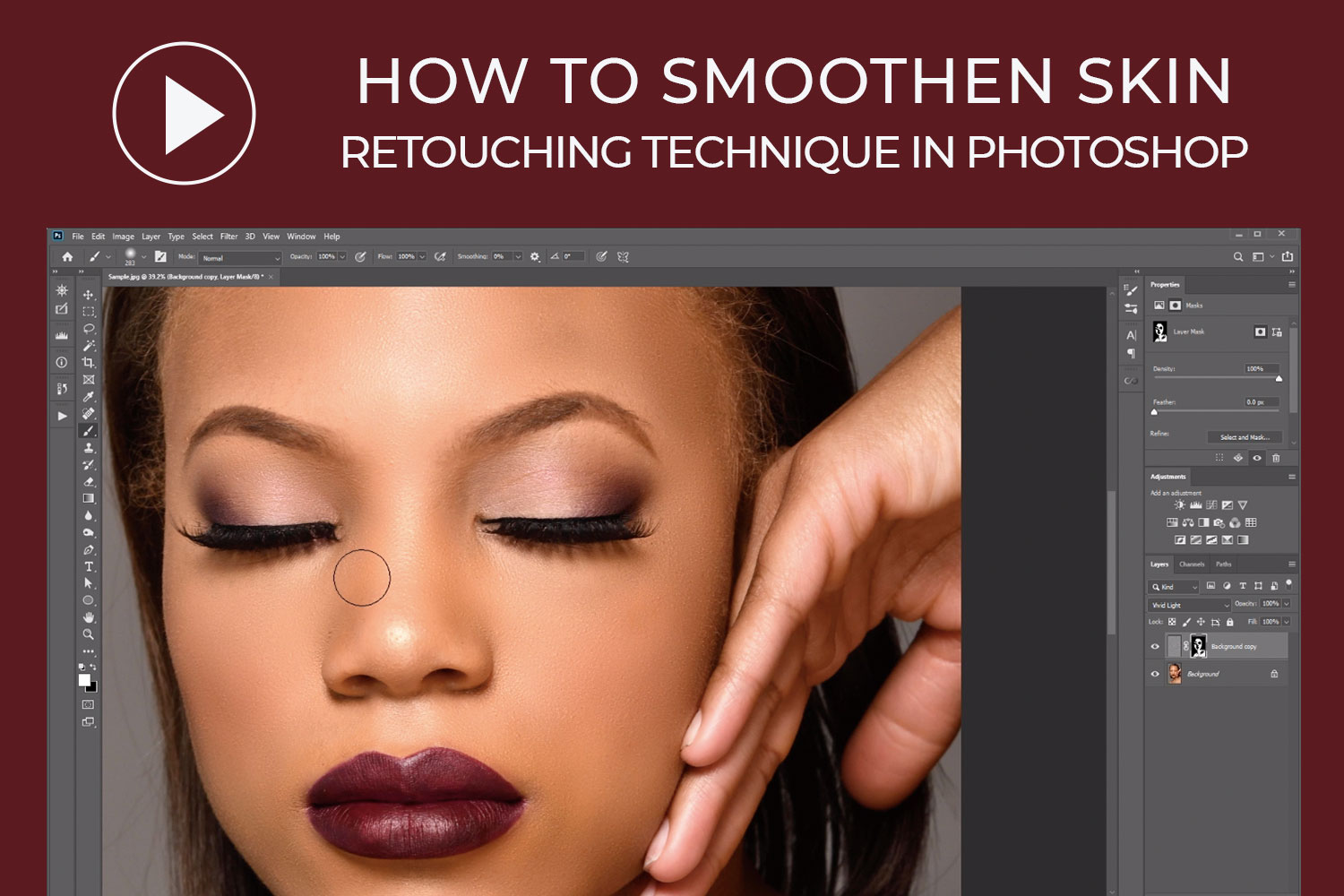 ﻿﻿ Retouch and edit skin fast and easy like a pro. Achieve that airbrush finish! Make your portraits look beautiful with a smooth natural skin texture using this fast high-end retouching technique for the skin in Photoshop. And get it done in a few minutes! First, remember to remove blemishes and do simple touch up on irregularities
Read more